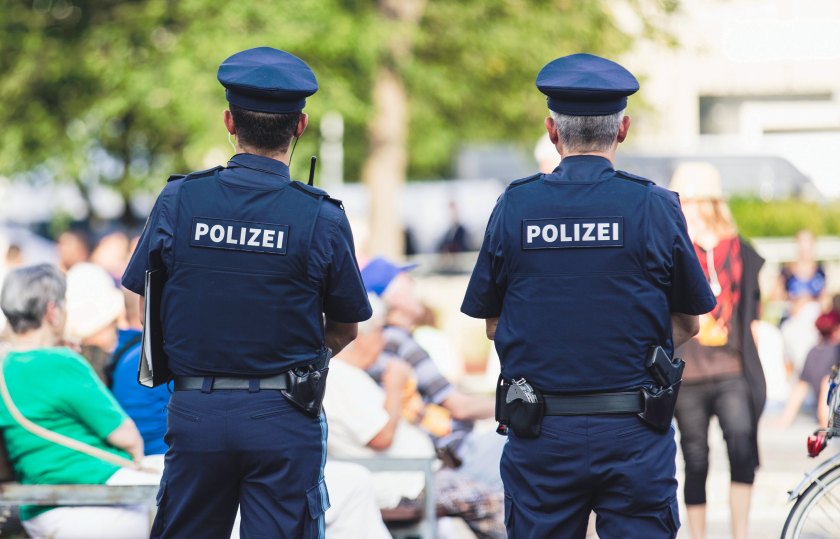 Photo by Markus Spiske on Unsplash

Before we begin here is some serious disclaimer:

I am not a lawyer or law enforcement official. I share this piece for information purposes only. I am trained and experienced school counselor though. I have on many occasions observed what the impact of “being at loggerheads with the law” does to the people involved and their families.

In that spirit, I have listed a simple habits or actions we can practice to live better with the law and enjoy our piece of mind.

We need laws to ensure order and stability in our communities and countries we live in. The famous Greek Teacher & Philosopher, Aristotle, agrees;

“At his best, man is the noblest of all animals; separated from law and justice he is the worst”

Without laws there will be chaos where only the fittest survive.

It also brings in needless attention to ourselves.

The problem with the law arises when we break the law. And let me hasten to say anyone can break the law at any time sometime unknowingly. I believe some people have gone to jail for crimes they never committed. Some have gone to jail for laws they never knew existed. In my country, the tax law cannot be confronted in any court of law or listened to by a competent high court judge let alone the Chief Justice. The law is above the law. It is above the constitution. If the taxman says you owe $800 million, then you owe $800 million. In other words you are guilty before they prove you innocent. In that case, you wish you don’t cross paths with tax man as you have no avenue to prove yourself innocent. With a law like that you can easily go to jail or lose everything you have. I once watched a video in which Sir Richard Branson was interviewed and said at some point him and others were charged using a medieval law that prohibited the mention of the word venereal disease. So any person can easily be at logger heads with the law unintentionally. I too can be at loggerheads with the law unintentionally.

To minimize finding ourselves fighting with the law, we can practice to live better with the law.

This is ten ways how we can do it.

The words of Roman Emperor & Stoic Philosopher, Marcus Aurelius() capture the sense of the tip above;

“A man should be upright, not be kept upright.”

This is common sense. Why I am even saying it? Well I have had conversations with friends and parents who have had their lives turned upside down just because they couldn’t accede to the law. A friend of a friend nearly spent some time in a jail cell for failing to stop at a roadblock. After some negotiating, he escaped with a hefty fine. The catch was he had to pay the fine in 14 days or else face re-arrest and get held up in jail pending trial. The fine which he had to pay in 14 days became a serious headache for him as he was laid off recently. And I could discern he was troubled to the point of extreme anxiety. After some struggle raising funds, he eventually paid. Minor as the incident may have appeared to be, it left him in debts he couldn’t afford to pay, tired and with a disturbed family.

I need to give another disclaimer here; I am not saying we should agree with any law that is passed. If we consider any law to be unjust, or in violation of the constitution of the land, we can challenge it at the courts or mobilize people against it.

If you want peace of mind and to live better- just pay your taxes.  It is also a good thing to do.

The tax man is like a mosquito. If a mosquito just buzzes next to one’s ear, one immediately lose sleep.

Once the tax man maketh a courtesy call, one immediately lose their piece of mind. So the best thing is to pay your taxes fully to keep your piece of mind.

The alimony law is very necessary; it is our responsibility to pay alimony towards the innocent we bring into this world. But the law can be ruthless to those who transgress it.

If we know we have child we brought into this world- we just have to man up and take care of them. If not we are inviting the wrath of child support law. In normal countries, the offence doesn’t expire with time.

Jim Rohn, the American Entrepreneur & author is credited with having said; “You are the average of the five people you spend the most time with”. If you hang with criminals and you are not a criminal, the chances are you will be arrested with them. One gentleman liked hanging at a joint where illegal street card games where played. He wasn’t a player. One day the police pounced, he was arrested and charged together with the crew. Because of the incident, he is failing background checks conducted by potential employers. And he is not happy about it.

In some countries one can be jailed for failing to pay a debt. In almost all countries one can lose assets towards the debt. Owners of debt can be very ruthless in their pursuit of their money. There is a saying that:

“The only man who sticks closer to you in adversity than a friend is a creditor”.

Even when you are down on your luck, as long as you owe them, creditors will keep you unwanted company.

“Debt is the slavery of the free”.

You can’t have decent sleep with a sheriff calling you throughout the whole night.

Whilst we need to finance our lives, it will be diligent if minimized our exposure to such and avoid coming face-to-face with the law.

Besides never being at peace in one’s mind and life, debt is a parasite (the word used by MJ Demarco) that we need to careful of in our dealings with financial institutions.

A lawyer is the ultimate layer of defense against your troubles and enemies. But it will help our lawyers serve us well if we avoided situations that our enemies may take advantage of or any other situation that may lend us in trouble with the law.

There is a famous slogan which says “Don’t call me, call my lawyer”, thus have a lawyer so that they can instead call him/her and leave you alone.

Contracts are signed everyday everywhere in the world. A substantial number of these contracts are signed by some parties who don’t bother to read them.  It will save a few tears later if we took time to read or take the document to a lawyer for interpretation. There are many tales of people who got sued simply because they didn’t understand what they got into in the first place.

In today’s litigious society, one need to be careful of what one promises to people particularly if we know we are unlikely to deliver on the promise. Even if the promise is verbal, we can still be sued by people claiming legitimate expectation.

We shouldn’t make commitments to others by way of promising them if we can’t deliver on those commitments.

Words have power. They have the power to build. They can have the power to destroy. And also they can bring you into an unhealthy contact with the law. Negative words such as insults can land one in trouble by way of law suits, verbal abuse or even domestic abuse depending in the context.

Hence what we say, and how we say it is very important. I believe stimulating words have the power to build rather than drive us on edge of conflict with the law.

Finally we must responsible and accountable for things we do and those happening in our lives. Admitting responsibility is the first step towards taking corrective action. Taking action on the matter is holding oneself accountable for things happening in our lives. There are people who would admit responsibility and still go on to make the same mistake again and again. They are responsible but lack accountability as they see no reason to take corrective action on the matter at hand.

If we take responsibility and then account, we keep the arms of the law away from us.

Thank you for reading this article. We are a new blog and as such we value your comments and feedback.